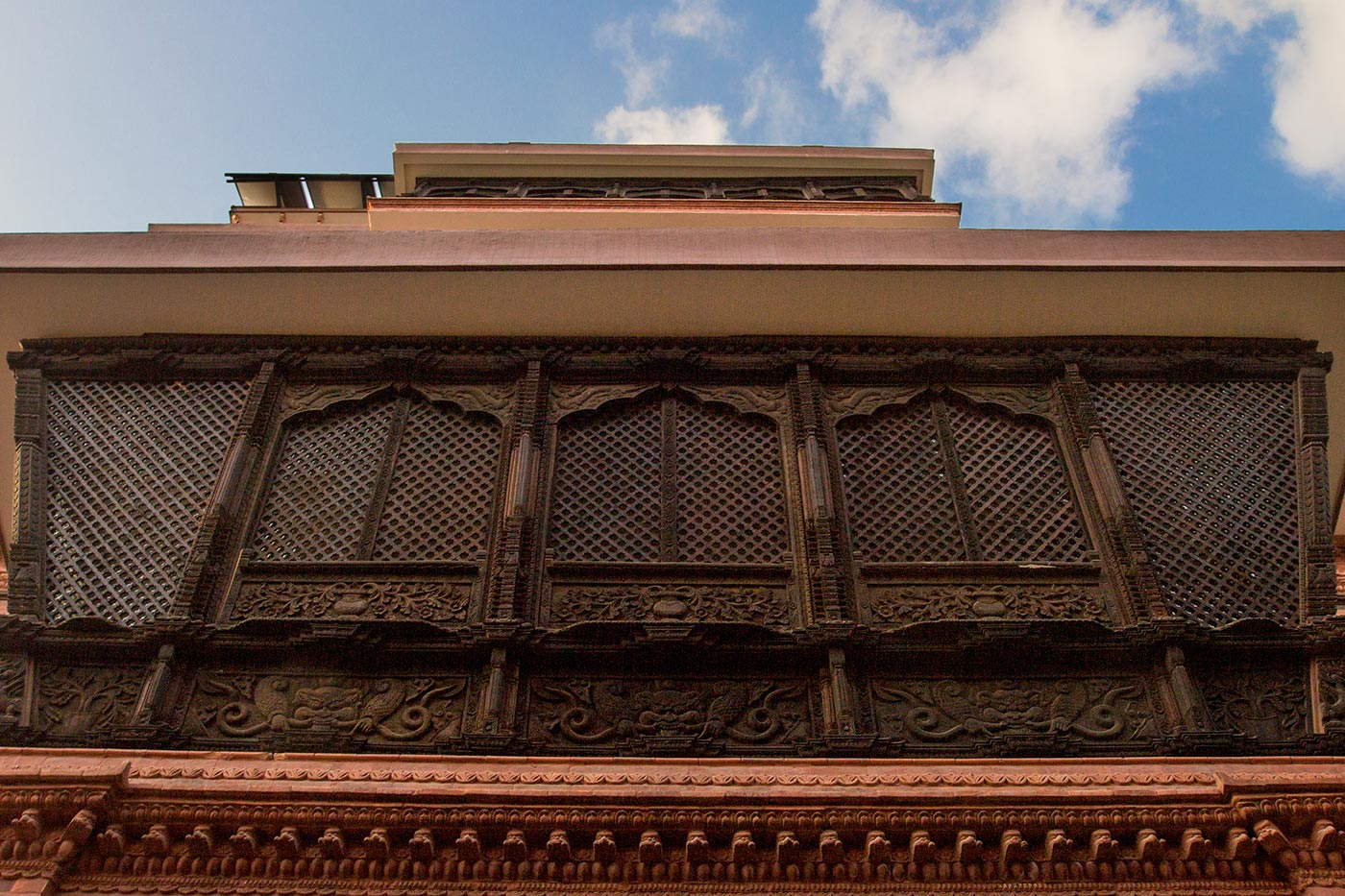 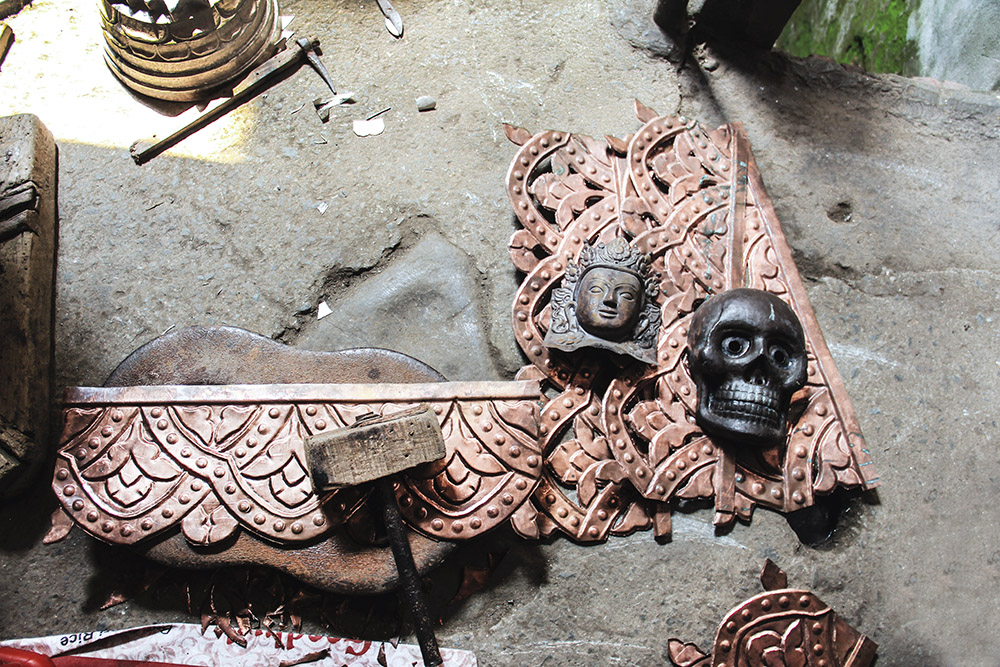 The Newars are a major ethnic group of the Kathmandu Valley, and one of the attractions of the Newari towns—Patan, Bhaktapur and Kirtipur, in particular—is the beautiful handicrafts on display. Intricate wood carving, bronze religious statues, elaborately adorned pagoda temples, exquisite stone carving. Indeed, much of what is taken to be ‘typical’ Nepali craft and architecture is in fact specifically Newari.

Most of these craft traditions are on prominent display around Patan. But less visible are the workshops in which finely crafted metalwork is made, tucked down dark alleyways and behind shops. Ducking beneath the low doorways, I found the workshop of brothers Badri and Kedar Tamrakar, whose name indicates that they work with copper.

They don’t only work with copper, though. In their small courtyard workshop, they also work with silver, brass and gold plating. They mostly sell their crafts to temples, and the gorgeous private shrine sunken at basement level is a good indication of what they can make. They proudly showed me photos of the renovation work that they did at Indrachowk, a large and important temple in central Kathmandu, between 2006 and 2008—a sure indication that Badri and Kedar belong to one of the most skilled artisan families in Kathmandu. Much of their work is on a lesser scale, though prayer wheels made for Tibetan Buddhist temples, as well as the triangular metal flags that may be most familiar as the symbol of Nepal represented by the national flag.

Not all of the work they do is strictly religious, however. A new hotel in Kamal Pokhari, Traditional Comfort, commissioned the Tamrakars to create their metal fixtures. A highlight of the beautiful hotel is the rooftop area. You can sit and enjoy the view across Kathmandu beneath canopies emulating traditional temple architecture.

Visitors to Patan are welcome to drop in and see the craftsmen at work, whether alone or as part of a tour group. Head to the streets displaying the gleaming brass and copper religious statues and cooking implements, just off the busy Mangalbazar, and take a peek down the narrow alleys within and between buildings. You never know what you might find back there.

You cart is empty.

The 4th edition of the Ranjana Lipi and Aila event

Happy Faces !!
Ready for the trek with first group

It was today that good won victory
Over bad May th

Have a Blessed Maha Navami!
May your life is show

May Goddess Durga give you the strength to fight f

May the festival bless your life with lots of joy

Discover the fascinating Ranjana Lipi and learn to

This is to inform you that our kitch